Tropical Storm vs. Hurricane – What Are the Warning Signs? 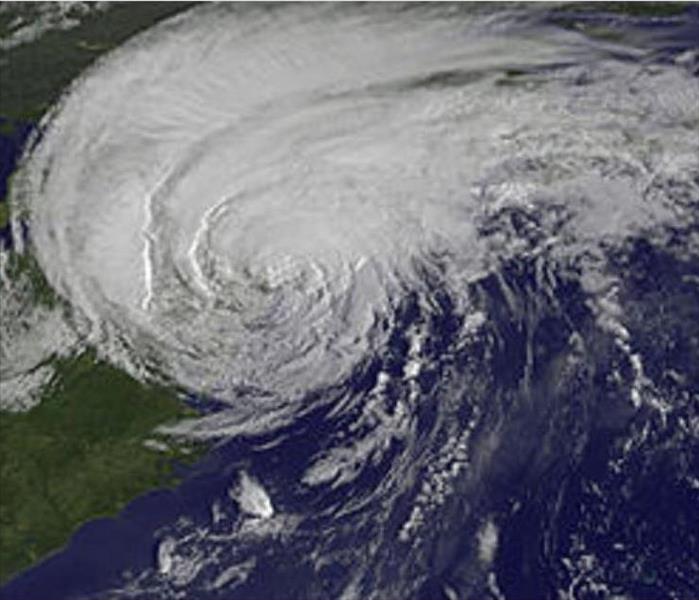 The Deadliest Storms on Earth

Hurricane season in New England runs June 1st through November 30th, with its peak season along the East Coast between mid-August and mid-September. Hurricanes can be extremely destructive, and are generally described as a large rotating storm with high speeds of wind that gust at least 74 mph. These storms form over warm waters in tropical areas, and develop from tropical storms. The difference between a tropical storm and a hurricane is determined by wind speed, with anything greater than 74 mph being classified as a hurricane. Hurricanes can then be classified into five different categories which, again, is determined based on their wind speed.

The formation of a hurricane is a lot like baking a cake. It takes a particular set of ingredients to get it just right, so with that being said, it is important to note that not all tropical storms develop into hurricanes. To learn more about the warning signs of a hurricane formation, take a look below:

When the water vapor from the warm ocean condenses to form clouds, it releases its heat to the air. The warmed air rises and is pulled into the column of clouds. Evaporation and condensation continue, building the cloud columns higher and larger. A pattern develops, with the wind circulating around a center (like water going down a drain). As the moving column of air encounters more clouds, it becomes a cluster of thunderstorm clouds, called a tropical disturbance.

As the thunderstorm grows higher and larger, the air at the top of the cloud column is cooling and becoming unstable. As the heat energy is released from the cooling water vapor, the air at the top of the clouds becomes warmer, making the air pressure higher and causing winds to move outward away from the high pressure area. This movement and warming causes pressures at the surface to drop. Then air at the surface moves toward the lower pressure area, rises, and creates more thunderstorms. Winds in the storm cloud column spin faster and faster, whipping around in a circular motion. When the winds reach between 25 and 38 mph, the storm is called a tropical depression.

When the wind speeds reach 39 mph, the tropical depression becomes a tropical storm. This is also when the storm gets a name. The winds blow faster and begin twisting and turning around the eye, or calm center, of the storm. Wind direction is counterclockwise (west to east) in the northern hemisphere and clockwise (east to west) in the southern hemisphere. This phenomenon is known as the Coriolis Effect.

When the wind speeds reach 74 mph, the storm is officially a tropical cyclone. The storm is at least 50,000 feet high and around 125 miles across. The eye is around 5 to 30 miles wide. The trade winds (which blow from east to west) push the tropical cyclone toward the west—toward the Caribbean, the Gulf of Mexico, or the southeastern coast of the U.S. The winds and the low air pressure also cause a huge mound of ocean water to pile up near the eye of the tropical cyclone, which can cause monster storm surges when all this water reaches land.

SERVPRO of Dartmouth/New Bedford South is locally owned and operated, meaning we understand the effects storm damage can have on the community. We are also part of a national network of over 1700 Disaster Recovery Teams, which can respond fast and with additional resources in the event of a catastrophic storm.

*Information on The Warning Signs of a Hurricane, courtesy of https://scijinks.gov/hurricane/